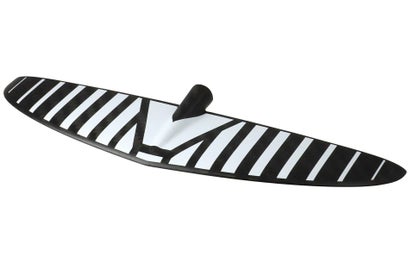 That wing we have been waiting for! The arrival of the HS850 fills the gap between the HS625 and the HS1050 and will have you cranking and banking turns like a pro.

Speed is everything with control, the new HS850 delivers both! Sleek and sexy lines let you know that this wing is sporty and refined at the same time. This relatively small wing has a huge range, it handles high speeds easily and has enough glide and lift to pump.

This is a sick wing for solid surf, Kiting and wing foiling… The combination of its performance attributes give it range and that range makes it versatile. Developed with Kiwi powerhouse Bevan Gooch who is known for ripping in big surf, he reckons the only limitation of this wing is how far the rider dare push it!

Sweet handling and pitch control are signature features of that unique Armstrong feeling, the HS850 is another sublime addition to the HS range of wings

We recommend the setup below, much depends on rider weight, ability and chosen foil sports.